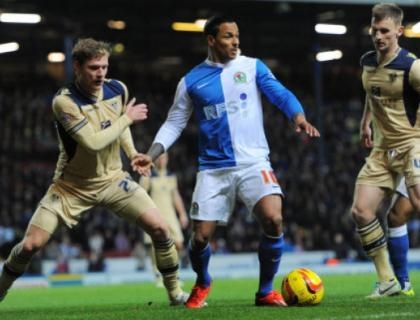 Campbell out for Rovers

DJ Campbell will be missing when Blackburn entertain Millwall after the club gave him time off following his arrest as part of the spot-fixing investigation.


The Sky Bet Championship club confirmed in a statement on Thursday that the former Ipswich forward would be given "time off to spend with his family" after the National Crime Agency quizzed him following a newspaper report on Sunday.


Boss Gary Bowyer, who has full-back Todd Kane back from suspension, must consider whether to play on-loan striker Rudy Gestede, who has been struggling with a slight knock since arriving at Ewood Park at the end of November.


Goalkeeper Paul Robinson will play for Rovers' Under-21s on Monday night against Middlesbrough on his comeback from a back injury and although Dickson Etuhu remains sidelined for the long term, fellow ankle-injury victim Corry Evans (ankle) will begin running again next week.


Millwall will again be without Nicky Bailey and Lee Martin.


Midfielder Bailey (knee) and winger Martin (hamstring) missed last weekend's 2-1 win over Wigan and face another couple of weeks on the sidelines.


Striker Martyn Waghorn plays the last game of his three-month loan from Leicester although manager Steve Lomas wants him back in January.


Lomas could stick with the side which beat Latics although Jermaine Easter will be in contention to start after climbing off the bench to hit the crucial second goal.