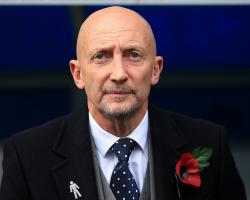 With second-placed Ipswich not in action until Tuesday, Eddie Howe's team took advantage to cement their position as second tier promotion pace setters heading into the new year.

Yann Kermorgant's penalty broke the deadlock at The Den in the 32nd minute and Harry Arter doubled Bournemouth's lead before half-time, while the struggling Lions had Shaun Williams sent off late on.

Middlesbrough moved up to third place, five points behind Bournemouth, after a goalless draw at Blackburn.

Wolves continued their recent resurgence with a 2-1 defeat of Brentford at Molineux.

Nouha Dicko put Kenny Jackett's team ahead in the seventh minute and James Tarkowski's 73rd minute own goal gave the hosts breathing space, before Wolves midfielder Kevin McDonald was dismissed and Danny Batth scored at the wrong end to set up a tense finish.

Birmingham made it six wins from their last nine league matches with a 3-1 success at Nottingham Forest.

Clayton Donaldson bagged a brace after David Cotterill had broken the deadlock, while Britt Assombalonga netted late on for the lacklustre hosts.

Bottom of the table Blackpool came from behind to draw 1-1 with Rotherham at Bloomfield Road, with Dominic Telford equalising late on after Emmanuel Ledesma had broken the deadlock.

Adlene Guedioura bagged a brace and Odion Ighalo and Gabriele Angella also netted as Watford won 4-2 at Cardiff, with Adam Le Fondre and Kenwyne Jones replying for the Bluebirds.

Huddersfield recovered from conceding a first-minute Darren Pratley goal to beat Bolton 2-1 thanks to strikes from Jacob Butterfield and Nahki Wells.

Hal Robson-Kanu's penalty and a Simon Cox effort helped Steve Clarke's Reading edge out Norwich 2-1, with Bradley Johnson on target for the Canaries.