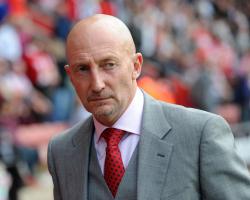 Millwall V Birmingham - view commentary, squad, and statistics of the game live.Holloway to ring changesMillwall boss Ian Holloway is threatening to make changes for the visit of Birmingham.The Lions went down 2-1 at Huddersfield in what Holloway described as a "flat" performance and have taken just one point from a possible 12.Nicky Bailey's return in midfield after a calf problem was one bright spot and he should be involved again but right-back Carlos Edwards and winger Lee Martin are out with knee injuries.Justin Hoyte, Mathias Ranegie, Magaye Gueye and Lee Gregory are among the players pushing for recalls.Birmingham are without Jonathan Spector after he suffered a thigh injury late on in Saturday's 2-1 defeat to Fulham

Assistant manager Steve Watson said: "We have to start responding to setbacks better

We executed the game plan in the first half but one goal should be enough when you're dominating games."