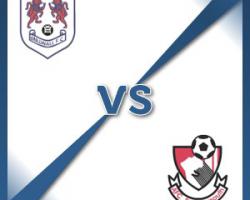 Millwall V Bournemouth - view commentary, squad, and statistics of the game live.Holloway to wield axeMillwall manager Ian Holloway is expected to shuffle his pack again for Sunday's Championship clash with Bournemouth as the Lions look to bounce back from a 6-1 hammering at Norwich.Jermaine Easter will be hoping his late consolation against the Canaries, after coming on as a second-half substitute, will earn him a first start since September.Nadjim Abdou could be another pushing for a recall following three recent appearances off the bench, while Lee Gregory should return to the first XI after being one of five changes at Carrow Road.Ed Upson has recovered from a minor knock but Carlos Edwards remains a long-term absentee with a knee injury.League leaders Bournemouth could make changes to their side for the trip to The Den.Cherries manager Eddie Howe named an unchanged XI when they beat Fulham on Boxing Day and, with less than 48 hours to recover, he may look to freshen his line-up to maintain his side's lead at the top

Ian Harte, who has been out of action since October, is back available and he could be included in the matchday squad.Howe will assess any knocks to emerge from Friday's win, while Elliott Ward is still unavailable as is Tokelo Rantie (shoulder)