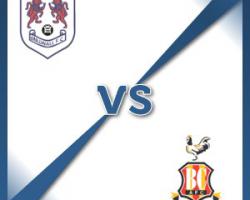 Millwall V Bradford - view commentary, squad, and statistics of the game live.Duo missing for LionsMillwall will be without midfielder Shaun Williams and new signing Paris Cowan-Hall when they host Bradford in the FA Cup.Williams was sent off towards the end of Sunday's 2-0 defeat by Bournemouth and starts a four-match ban as it was his second red card of the season.The Lions have made winger Cowan-Hall their first January signing from Wycombe but he is cup-tied.Right-back Carlos Edwards remains sidelined with a long-term knee injury but teenage defender Sid Nelson is set to keep his place after an impressive debut against the Cherries.Bradford will be without on-loan goalkeeper Jordan Pickford, while Andrew Davies and Filipe Morais are both major injury doubts.Pickford, on a season-long loan, has not been given permission to play in the competition by parent club Sunderland so Ben Williams is expected to return to the starting line-up.Defender Davies was forced out of Sunday's home win against Notts County due to a hamstring injury and midfielder Morais sustained a dead-leg in the same match.Morais' short-term deal is due to end at the weekend and on-loan striker Jon Stead is scheduled to return to parent club Huddersfield, so both players could make their final appearances for the club

Winger Mark Yeates (knee) is expected to miss out again