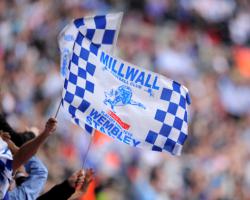 
Shittu back for Lions

Dan Shittu is back in the Millwall squad for the visit of leaders Leicester.


The centre-half was suspended for Sunday's goalless draw against Doncaster after his red card at Watford on Boxing Day.


However, caretaker bosses Neil Harris and Scott Fitzgerald may opt to stick with the back four which recorded the Lions' first clean sheet in seven matches at the Keepmoat.


Skipper Paul Robinson (ankle) and midfielder Liam Trotter (knee) missed out against Rovers and will be checked over ahead of the clash.


Leicester begin 2014 top of the Championship table but will travel without the suspended Jamie Vardy.


Vardy received his fifth yellow card of the season during Sunday's thrilling 5-3 home victory over Bolton and he will serve a one-match ban at The Den on New Year's Day.


It remains to be seen whether fellow striker Chris Wood will recover from the hamstring injury that has kept him out recently so either Gary Taylor-Fletcher, Martyn Waghorn or Jeff Schlupp are likely to be recalled to partner leading scorer David Nugent - if City manager Nigel Pearson opts to play two up front against the Lions.


Dean Hammond, Andy King, Ignasi Miquel and Marcin Wasilewski are also options for Pearson should he wish to changes things defensively or in midfield.