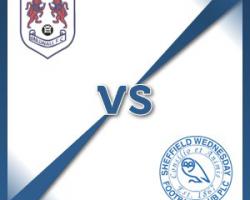 Martin worry for MillwallLee Martin is an injury concern for Millwall ahead of the home clash with Sheffield Wednesday.The Lions are waiting to hear whether the winger has suffered a stress fracture in his foot after he missed Saturday's goalless draw against Fulham.Midfielder Jimmy Abdou could start at right-back again with Shaun Cummings (thigh) and Carlos Edwards (knee) ruled out through injury.Paris Cowan-Hall (leg) and Nicky Bailey (calf) are also missing, although the latter is close to fitness, while on-loan striker Gary Taylor-Fletcher could start after making his debut as a substitute at the weekend.Sheffield Wednesday could be without goalkeeper Keiren Westwood pending the outcome of the club's appeal against his dismissal in Saturday's defeat at Derby.Westwood was sent off for a trip on Tom Ince and will serve a one-game ban if the appeal is unsuccessful

Chris Kirkland is on standby to make his first league start of the season if necessary.Striker Sergiu Bus pulled out of the warm-up prior to kick-off at Derby due to a groin problem and is still out, while skipper Glenn Loovens (ankle) is still struggling.Midfielder Jose Semedo (toe infection) could return to contention and will be assessed as the Owls chase their first league win in eight matches