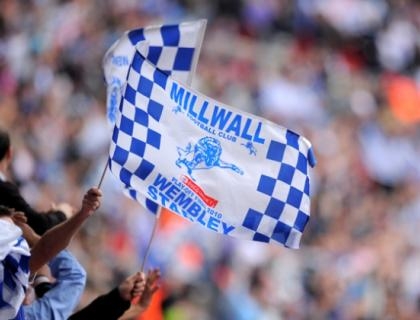 Moussi back for Lions

Guy Moussi returns to the Millwall squad for the visit of Wigan.


Moussi missed Tuesday night's 2-2 draw against Nottingham Forest as he is on loan from the City Ground.


But fellow midfielder Nicky Bailey will be absent after he was ruled out for two or three weeks with a knee ligament problem.


Liam Trotter came through 90 minutes in midweek following a groin injury and should keep his place along with Steve Morison, who scored Millwall's opener on his return to the starting line-up.


The first-team coach and former manager will take control at the Den while Dave Whelan closes in on a replacement for Owen Coyle - with Brentford's Uwe Rosler set to take the reins.


Barrow has a strong squad to choose from with only winger Shaun Maloney (hip) and defender Juan Carlos Garcia (ankle) not training, although long-term absentees skipper Gary Caldwell (hip) and goalkeeper Ali Al Habsi (knee) are working their way back slowly.


Both James McClean and Callum McManaman were left on the bench to start with against Leeds on Tuesday when Latics failed to score for the ninth time in 11 away trips this term.